Below you will find collected concepts that may be unclear when ordering or reading the content on our site. We help by sharing the most commonly used terms related to the production & assembly of printed circuits (PCBs).

If you prefer to download our glossary in the form of a simplified list, use the link below.

A laminate on an aluminium sheet core to which the dielectric and copper layers are bonded. Aluminium-core laminates feature high thermal conductivity.

Automated optical inspection of electronic circuits. An AOI machine compares the tested PCB with a reference (or master) image, which could be developed from an assembled and positively verified PCB, or from a model generated from the Gerber project files for the product.

The figure shows a PCB with highlighted and designated components to be mounted and the assembly instructions.

The blind vias connect the outer copper layers with the inner ones and do not penetrate into and through the PCB outer surface; hence they are only visible on one side.

Bill of materials. A BOM is a list of components and consumables used in the assembly project. A BOM should specify the designators and features of components, their assembly type, quantity, and manufacturer name.

Composite epoxy material. A CEM is usually made from several layers of glass textile, glass cloth and paper bonded with epoxy resin. CEM-1 is the most budget-friendly material with reduced fire retardation, made from a paper laminate and one layer of glass textile. CEM-3 is very much like the most popular PCB printing substrate, FR4. It is white and features improved fire retardation.

The Comparative Tracking Index defines the PCB resistance to breakdown between paths in humid conditions.

The designation of the component mounted on a PCB.

The ESD (electrostatic discharge) warning symbol is applied to all equipment which may suffer damage from the accumulation of electrostatic charges, including on tools, insulators or semiconductors. ESD is commonly used to refer to the protection of electronic circuitry against electrostatic discharge. Protective foam or special protective plastic bags are used for handling and shipping of ESD-sensitive circuits. Earth-bonded mats and tools are used for installing components to prevent failure from ESD. FR stands for “fire retardant”, and designates laminates made from glass fibre and epoxy resin. It is the most popular material for PCBs.

A test intended to verify the continuity of electrical conduction between the paths of a PCB.

Function testing or functional testing; a verification of whether and how a finished PCB functions.

A chemical substance which facilitates soldering by chemical cleaning of the metals being bonded.

FR stands for “fire retardant”, and designates laminates made from glass fibre and epoxy resin. It is the most popular material for PCBs.

An additional pad which helps locate the position of PCBs in component pick and place machines. PCBs can be milled or routed into any form, including round PCBs or PCBs with cut-in edges. The process permits a wide range of laminate thicknesses.

PCB design files which store the information about the individual PCB layers and a hole drilling pattern file, with separate data for plated and non-plated holes. The GERBER file standards currently in use include: RS-274X and RS-274D. Other file formats: ODB++, Eagle BRD, Mania-Barco DPF, and GraphiCode GWK.

Galvanic (electrochemical) or chemical deposition of gold. Gold-plated contacts and conductive paths are resistant to corrosion. Electroplated gold has a higher mechanical strength than gold plating deposited with chemical media.

An in-circuit test is designed to verify the actual performance values of individual electronic components, such as resistors and capacitors, against their reference specifications.

The offset between the outermost circuit paths and components to the PCB panel edge. They are used for components held in mounts during processing or to accommodate fiducials.

Temporary masks, or solder resists, are coatings most often applied to protect specific groups of holes or edge connectors against soldering during an assembly process.

A cluster of PCBs printed on a single laminate board. The PCBs are separated from the panel and one another at the final production stages.

A mixture of flux and small particles of solder.

The vias which connect the embedded (inner) layers of copper and not visible on the PCB outer surfaces.

OSP (Organic Solderability Preservatives) is a group of organic finish coats deposited directly on the copper layer of soldering pads. OSP coats protect the copper surfaces from corrosion during storage and soldering.

A template used for the organized application of soldering paste.

A board made from a dielectric material (an electric insulator) with electrical interconnections (circuit paths) and pads, or the points at which are soldered. It forms the mounting base for electronic components.

A machine which places SMT components on a PCB. In a pick and place process, the locations and rotation (orientation) of components are critical.

Holes, or vias, with copper-plated inner surfaces which interconnect the circuit paths on individual PCB layers.

The orientation, or sense, of a component with two leads.

A laminate intermediate product in the form of composite fibres saturated with resin. Its basic function is to provide a durable bond between the multilayer PCB strata during its press bonding.

A soldering process preceded by placement of the components on a PCB coated with soldering paste. Next, the pre-mounted PCB is gradually heated in an oven until the flux is activated and the soldering is achieved.

PCBs can be milled or routed into any form, including round PCBs or PCBs with cut-in edges. The process permits a wide range of laminate thicknesses.

Surface mount technology is a method of mounting electronic components on PCBs. SMT components are soldered to the PCB surface.

A soldering technique which involves a steady movement of the PCB with all the components mounted directly over a surface of molten solder.

A mixture of metal alloys used for the bonding of components by heat processing. A solder most often features alloys of tin.

The definition of the sequence of placing the printed circuit layers.

Tg is the glass transition temperature limit at which the laminate changes its rigid form and becomes soft; this phenomenon reduces the mechanical performance of the material. Above the glass transition temperature, the laminate is very sensitive to mechanical loads, resulting in delamination, permanent deformation, or reduced adhesion of copper layers.

Through-hole technology. A method of mounting of electronic components, where their terminals are passed through holes in the PCB.

Deposition of a layer of tin to copper paths. The available tin plating methods include HAL and immersion tin plating.

Cutting of a PCB along straight lines. If made on a panel, the individual PCBs can be easily broken away from it along the v-cuts.

X-ray inspection is used to monitor the assembly quality of components with the leads underneath and obscured from optical inspection. 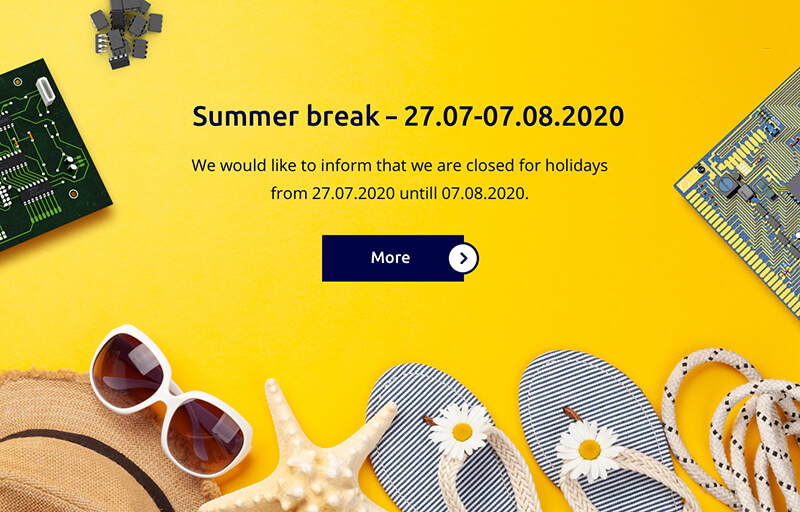 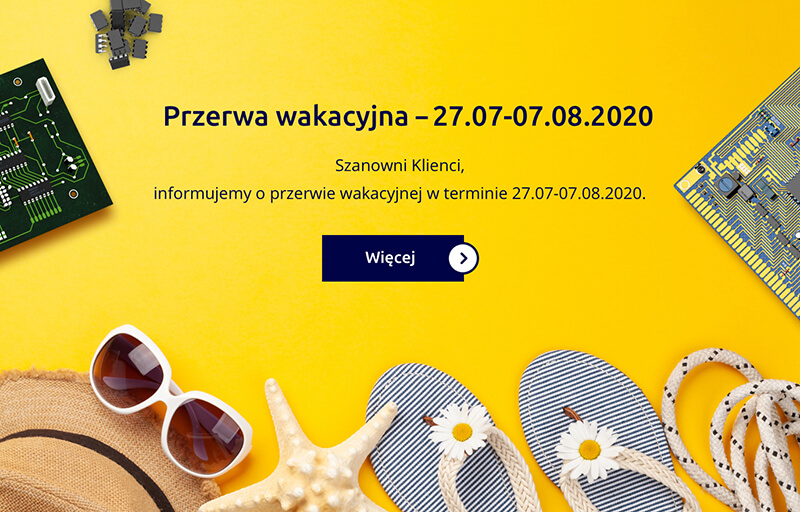